Frontier Airlines passengers across the country received a rude surprise in their inboxes late Thursday ahead of the busy Thanksgiving travel rush.

The ominous subject line of the email: “There has been a change to your upcoming flight.”

The email did not say what the change was, or which part of the trip it affected if it was a round trip flight. But the wording suggested a flight cancellation because it directed travelers to call Frontier’s “rebooking hotline” to speak with an agent about “reaccommodation options.” 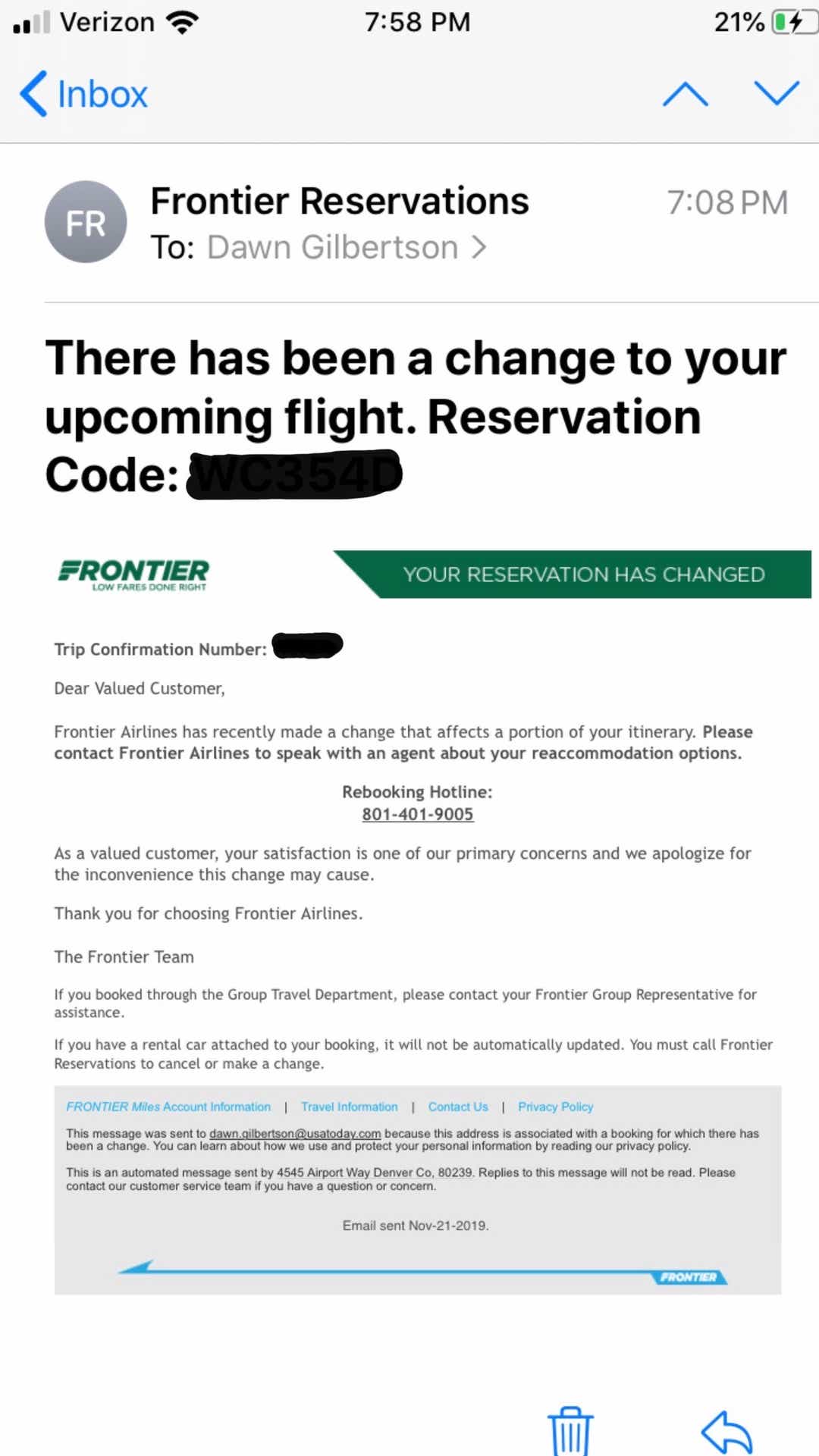 The customer service number, which is not toll-free at the discount airline, was immediately busy. Other travelers reported getting voicemail.

The airline’s customer service account on Twitter, @frontiercare, did not address multiple posts asking about the issue, nor did its main account, @flyfrontier for a couple of hours, frustrating travelers.

At 10 p.m. EST, the airline acknowledged the problem in a tweet, saying it was a technical issue and that the email was sent in error.

“You may confirm the details of your trip by entering your confirmation number on our website,” it said.

Steven Harms is due to fly from Cincinnati, Ohio, to Denver, Frontier’s home base, on Monday for Thanksgiving. He received the email after dinner.

His first thought: “I was terrified because these (flights) are coming up in a few days.”

“If we had to rebook it would be a really tough situation just because it’s the holiday.”

He said he called the rebooking hotline a couple times, one time getting a message about high call volume before the airline hung up and another time getting a busy signal.

He was concerned if he didn’t get answers soon from Frontier, he would have to make a back-up booking, which likely would have been significantly more expensive.