Canadian Prime Minister Justin Trudeau said he has seen intelligence that the Ukrainian passenger jet that crashed into Iranian farmland may have been shot down by an Iranian missile – perhaps unintentionally. However, during a Thursday press conference he said “a thorough and credible investigation on-site with international partners” must take place before making any assessments as to the cause of Wednesday’s tragedy.

At least 63 Canadians died aboard the Ukraine International Airlines Boeing 737-800. The crash, which killed all 167 passengers and nine crew members aboard, came hours after Iran launched a ballistic missile attack on Iraqi bases housing U.S. soldiers.

“I am willing to talk to anyone to get answers,” Trudeau stressed.

“The families of the victims and all Canadians want answers. I want answers. That means closure, transparency, accountability and justice,” he said. “This government will not rest until we get that.” 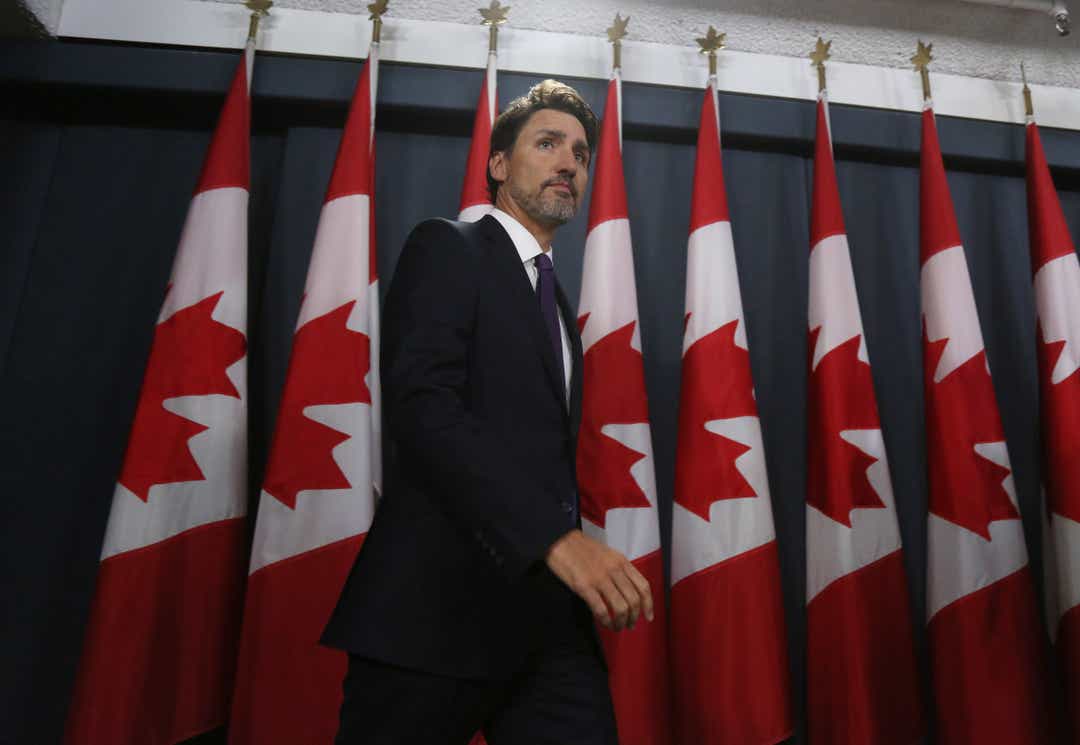 The crash is one of the worst losses of life for Canadians in an aviation disaster. A bomb on Air India Flight 182 from Montreal to New Delhi exploded over the Atlantic Ocean near Great Britain on June 23, 1985, killing all 329 people aboard. Most of the victims were Canadian.

On Thursday, Global Affairs Canada, counterpart to the U.S. State Department, recommended that citizens “avoid non-essential travel” to Iran because of “the volatile security situation, the regional threat of terrorism and the risk of arbitrary detention.”

The Aircraft Accident Investigation Board of the Civil Aviation Organization of the Islamic Republic of Iran, which is leading the investigation, said it had located the plane’s “black boxes,” but didn’t indicate whether it would release the data contained within them.

Canada’s Transportation Safety Board said Wednesday that it has designated an aviation expert to receive updates from the Iranian investigators and monitor their progress.

Iranian authorities pointed to the possibility of engine failure, but some aviation industry observers were skeptical.

Iran plane crash:  Did Boeing 737-800 go down after engine failure or something else?

“There was no way for Iran to know it was engine failure,” said Mary Schiavo, a former U.S. Department of Transportation inspector general and a pilot. She said photos of the wreckage she’s examined show no evidence of engine problems.

“That is the wreckage of an explosion in the air,” she said. “Something happened to blow that plane out of the air. Statistically speaking, that’s a missile or a bomb.”

In most major airline crashes around the world, U.S. officials participate in the investigation. Given the missile attack and Washington’s lack of formal diplomatic relations with Tehran following the 1979-80 hostage crisis, it was unclear whether U.S. officials would be allowed to follow the standard procedures. In the U.S., the National Transportation Safety Board issued a statement that it was “monitoring developments” and working with the State Department, which uses Switzerland as its emissary in Tehran.

Getting answers from Iran might prove difficult for Canada as well. In 2012, the country closed its embassy in Iran and suspended diplomatic relations.

Iranian officials have disputed reports that one of its missiles accidentally struck the plane. They have not committed to letting either U.S. or Canadian officials examine the aircraft’s cockpit voice and data recorders or to allow them to examine the crash site.

“Can you rely on the investigation? That’s the biggest mystery,” said Ed Coleman, chairman of the safety science department at Embry Riddle Aeronautical University in Prescott, Arizona.

What were Canadians doing on a flight in Iran?

Younes Zangiabadi, a board member of the Iranian Canadian Congress, said there are not many options for Iranian-Canadians to travel to Iran because of U.S. sanctions.

Hence, the Tehran-to-Toronto route via Kyiv was popular.

“One of the reasons why you take that flight is you wouldn’t want to take a flight that has a connection in the United States, because international students can’t do that,” explained Payman Paseyan, a member of the Iranian-Canadian community in Edmonton, Alberta.

Mahsa Alimardani, who is working on her PhD at Oxford, wrote about the route on Twitter: “I’ve had family take the Tehran to Toronto route via Kiev in the past year. It’s been a new affordable route for many Iranian-Canadians who don’t have direct flights from Canada. My heart is with all the families of those lost.”

If you’re catching up on everything: U.S. travel anxieties spike after Iran missile attack on Iraq bases

Hassan Shadkhoo spoke with his wife, Sheyda, on WhatsApp 20 minutes before the Ukraine International Airlines flight took off from Tehran on Wednesday. She was returning to Toronto after spending three weeks visiting her mother and sisters. “She wanted me to assure her there wasn’t going to be a war,” Shadkhoo told Canadian broadcaster CBC, referring to heightened tensions in the region. “And I told her not to worry. Nothing’s going to happen.”

‘I lived for her’: Husband of Iran plane crash victim mourns wife of 10 years

Paseyan said about 27 people from Edmonton, including a family of four that he knew, were on the flight. Mourners gathered outside Alberta’s legislature on Wednesday night for a vigil.

Two professors from the University of Alberta, Pedram Mousavibafrooei and Mojgan Daneshmand, and their daughters Daria and Dorina died. Paseyan said he often would go to the gym with the father and described him as a nice guy who often visited his former restaurant with his family.

‘We lost 1% of our Edmonton Iranian community’

Paseyan said members of the Iranian-Canadian community learned of the crash while being glued to the news after Tuesday’s missile attacks in Iraq.

He said there are questions about what caused the crash, but said that’s not the focus right now.

“Whether it’s a missile, mishap or a technical issue or whatever, we want our community members. We lost 1% of our Edmonton Iranian community members on that flight. It’s just terrible,” he said.

Children among the dead

In a letter to parents, the principal of Northern Secondary School says the school is grieving the loss of Maya Zibaie, a 10th-grade student.

A dental office in Aurora, Ontario, confirmed that Parisa Eghbalian, a dentist, and her daughter, Reera Esmaeilion, died. Eghbalian’s husband, Hamed Esmaeilion, is also a dentist at E&E Dentistry but was not traveling with his wife and child. He was supposed to pick up his 9-year-old daughter and wife at Toronto’s airport. Now he’s headed to Iran.

Western University said three current graduate students died and one was an incoming graduate student. They did not name the students. The University of Waterloo also said two PhD students’ names were on a list of passengers provided by the airline.

“We have learned, with profound sorrow, that several (University of Toronto) students were among the 176 people killed in the crash of Ukraine International Airlines flight PS752 in Tehran, Iran,” Meric Gertler, the university’s president, said in a news release.

“On behalf of the entire University of Toronto community, I want to say how deeply saddened we are, and how concerned we are for the families and friends of those who lost their lives,” he added. “We are continuing to gather information, and taking care to respect the privacy and wishes of all involved.”