They were the original electric buses but 50 years ago today saw the plug pulled on the last trolleybus in Wales.

Environmentally friendly and cheap, they finally succumbed to car ownership and fossil fuel on 11 January 1970.

Yet half a century later – almost to the day – local councils now see electric public transport as an answer to congestion and air pollution.

Some experts and enthusiasts even believe that shift could spark a revival for the forgotten trolleybus.

Known as the “trackless trolleys” when they first appeared on UK streets in 1911, trolleybuses became the workhorses of the public transport network.

Freed from the restrictions of tracks, taking their power from overhead cables, they provided clean, affordable and quick transport for the masses.

In Cardiff alone, more than six million journeys were taken in the first 12 months of the system opening on St David’s Day in 1942.

But the boom in private car ownership during the 1960s would spell the beginning of the end. Electricity prices rose and rapidly-growing cities soon outgrew a network of overhead cables in desperate need of investment.

When Cardiff’s trolleybus number 262 returned to the Newport Road depot for the last time in January 1970 it marked the end of an era.

However could local authorities in Wales turn back the clock amid concerns over air quality in our cities?

“It was one of those big mistakes to stop using trolleybuses,” said Stuart Cole, professor of transport at the University of South Wales.

“They were clean, quiet and the technology would only have improved, as we have seen in many European cities.

“With the current thinking over getting away from fossil fuels and dealing with the pollution in city centres, it is inevitable they will come back, and a number of local authorities are looking at that possibility.”

Battery-powered electric buses are already appearing on Welsh roads. The first to be used on a permanent basis appeared in Newport in August while 2020 will see 16 new zero-emission vehicles in Caerphilly.

Cardiff council will announce its transport vision for next 10 years on Wednesday, to include funding for 36 electric buses.

“Electric buses are the future – but battery technology still has a long way to go,” said Mr Cole.

“The beauty of trolleybuses is that they do not need to stop to be recharged en route, so you only need one place to generate the power for the system.”

One group helping keep the memory of trolleybuses alive in Wales is the Cardiff and South Wales Trolleybus Project, which has spent 25 years renovating old vehicles.

“They are magic – it’s like having a fairground ride in the centre of Cardiff,” said co-ordinator Keith Walker.

“Anyone who travelled on them will know why we love them so much.

“People think they were slow but they could easily reach speeds of 60mph.”

From heyday to forgotten relic

The trolley today, under renovation 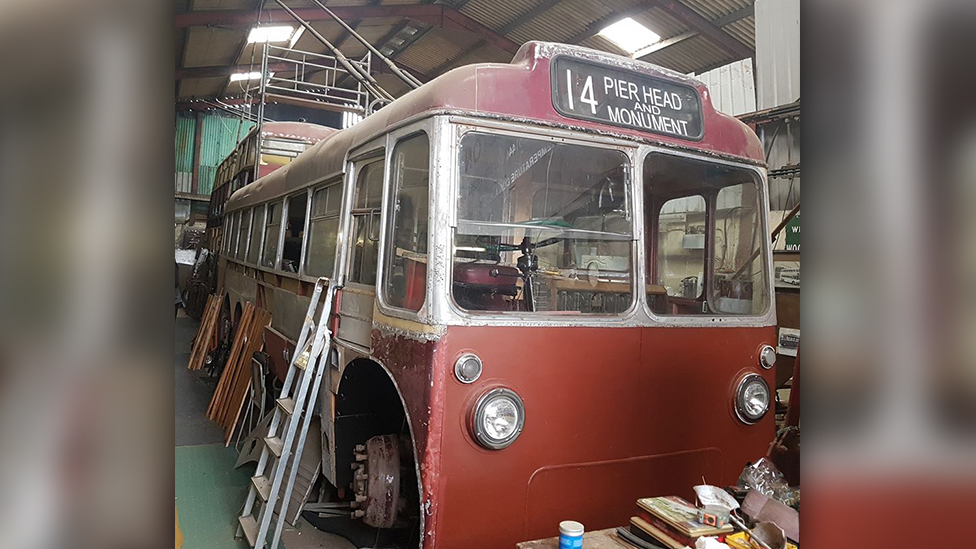 On the streets of Cardiff 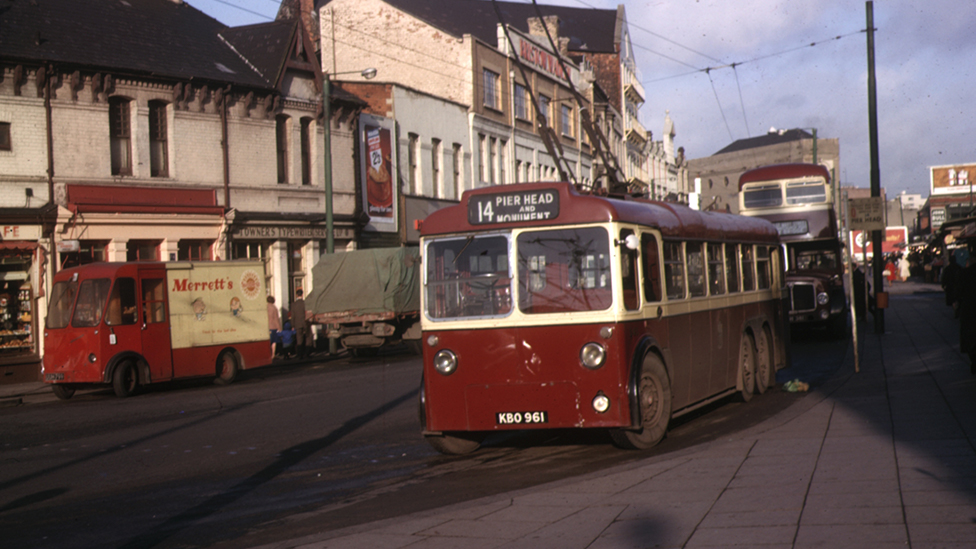 However one bus was destroyed and two others – the last remaining models of their kind in the UK – were badly damaged in a barn fire on the farm where they were being stored.

Memorabilia, including more than 2,000 old photos, were also lost in the blaze at Peterstone, near Newport, in October, and put their work out by more than a year.

“It was heartbreaking to see all the hours of work we had put in go up in smoke,” said project chairman John Webb.

“At first we thought we had lost everything so we were grateful that we had something to salvage.”

Now the society is calling for Wales to have a National Museum of Transport as well as a return for the trolleybuses.

“The vehicles would fit as well now as they did when they first started,” said Mr Walker.

“Transport heritage must not be lost and our ambition would be to have a live circuit that people could ride.”