The wreck of a World War One German armoured cruiser has been located off the Falkland Islands, where it was sunk by the British navy 105 years ago.

It was sunk on 8 December 1914 with more than 800 men on board, including Vice-Adm von Spee himself.

The leader of the search for the wreckage said the moment of discovery was “extraordinary”.

“We are often chasing shadows on the seabed, but when the Scharnhorst first appeared in the data flow, there was no doubt that this was one of the German fleet,” Mensun Bound said.

“Suddenly she just came out of the gloom with great guns poking in every direction,” Mr Bound said. “As a Falkland Islander and a marine archaeologist, a discovery of this significance is an unforgettable, poignant moment in my life,” he added.

The search for SMS Scharnhorst began five years ago, on the 100th anniversary of the Battle of the Falkland Islands, but was not successful at first.

The wreck was not disturbed during the operation and the Falkland Maritime Heritage Trust is seeking to have the site formally protected in law.

SMS Scharnhorst was part of the East Asia Squadron, the Imperial German Navy’s cruiser squadron which operated mainly in the Pacific Ocean until the outbreak of World War One in 1914. 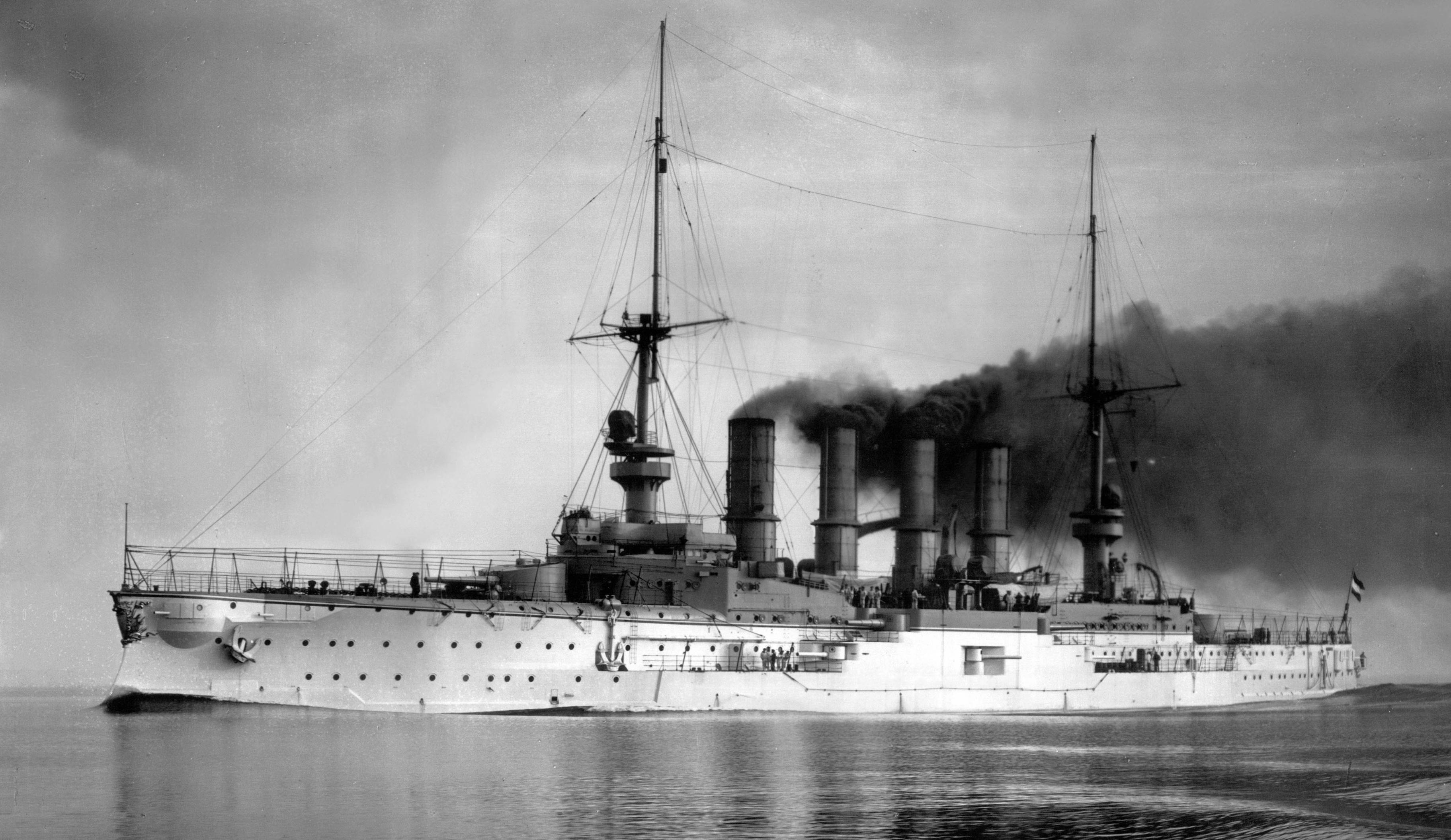 The armoured cruiser played a key role in the Battle of Coronel, fought between the British Royal Navy and Germany’s Imperial Navy off the coast of Chile.

From victory to defeat in five weeks

It was Britain’s first naval defeat of World War One and it was a devastating one. The Germans sank two of the four British ships with the loss of more than 1,600 lives. Not a single German sailor died.

The defeat at Coronel sent shock waves through the British empire and beyond.

But the British response was not long in coming.

The Royal Navy despatched ships from the North Sea down to the South Atlantic and confronted the Germans at the Falkland Islands five weeks later.

The British squadron pursued and engaged the German squadron. HMS Invincible and HMS Inflexible inflicted substantial damage on SMS Scharnhorst, causing it to sink with all 860 people on board. The Royal Navy then gave pursuit to the remaining German ships.

The head of the von Spee family said that the discovery of the wreck was “bittersweet”. “We take comfort from the knowledge that the final resting place of so many has been found, and can now be preserved, whilst also being reminded of the huge waste of life,” Wilhelm Graf von Spee said.

“As a family we lost a father and his two sons on one day. Like the thousands of other families who suffered unimaginable loss during the First World War, we remember them and must ensure that their sacrifice was not in vain.”

Vice-Adm von Spee was hailed as a hero in Germany for not surrendering and in 1934 a new heavy cruiser was named after him.

The Battle of the Falkland Islands had a lasting effect on World War One because as a result the East Asia Squadron, Germany’s only permanent overseas naval formation, effectively ceased to exist and could no longer engage in commerce raiding.

All pictures subject to copyright.