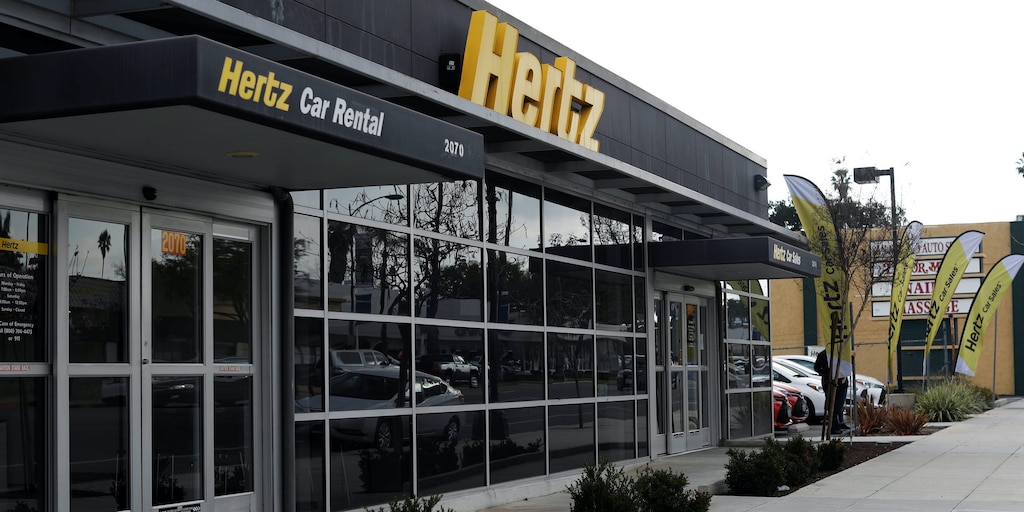 Hertz rocketed as much as 68% on Friday after the company asked to sell up to $1 billion in its high-risk shares.

The car-rental stock has seen wild price action throughout the week as retail investors pile in and cash out of the highly volatile shares. Hertz now aims to take advantage of the swings. The company, which filed for bankruptcy on May 22, asked a bankruptcy lawyer to approve the stock offering on Thursday.

“The recent market prices of and the trading volumes in Hertz’s common stock potentially present a unique opportunity” to raise funds compared to other, less efficient methods, Hertz’s lawyers said Thursday, according to a court filing.

Read more: ‘A textbook recession-recovery trade’: 3 Wall Street stock-strategy titans explain why the market’s latest plunge is actually ‘healthy’ – and share their views for what’s next

Still, shareholders typically lose in the period after a bankruptcy filing. Debts are paid out to lawyers, suppliers, and creditors before those holding stock see any cash. The company said in the filing it plans to warn participants in the upcoming sale that “the common stock could ultimately be worthless.”

Repayment failure isn’t the only risk shareholders face. Hertz said Wednesday it received a delisting notice from the New York Stock Exchange that cited its bankruptcy proceeding as a reason to halt public trading. The company appealed the notice and requested a hearing to keep its spot on the exchange. While shares will continue to trade hands pending the appeal, the NYSE warned “there can be no assurance … whether there will be equity value in the Company’s common stock,” according to a regulatory filing.

Hertz shares have served as ground-zero for an unusual market phenomenon over recent sessions. Investors have snapped up plummeting shares of newly bankrupt firms in a wild bet for a rapid recovery. Hertz surged 1,460% from the late-May lows to Tuesday’s peak before sinking in the following two sessions.

Apart from the potential stock offering, Hertz plans to ask the bankruptcy court to cancel leases on 144,372 vehicles. The move could save as much as $80.3 million, the company said.

We spoke to 3 financial experts, who broke down why you should buy these 13 ETFs to maximize stock-market returns right now 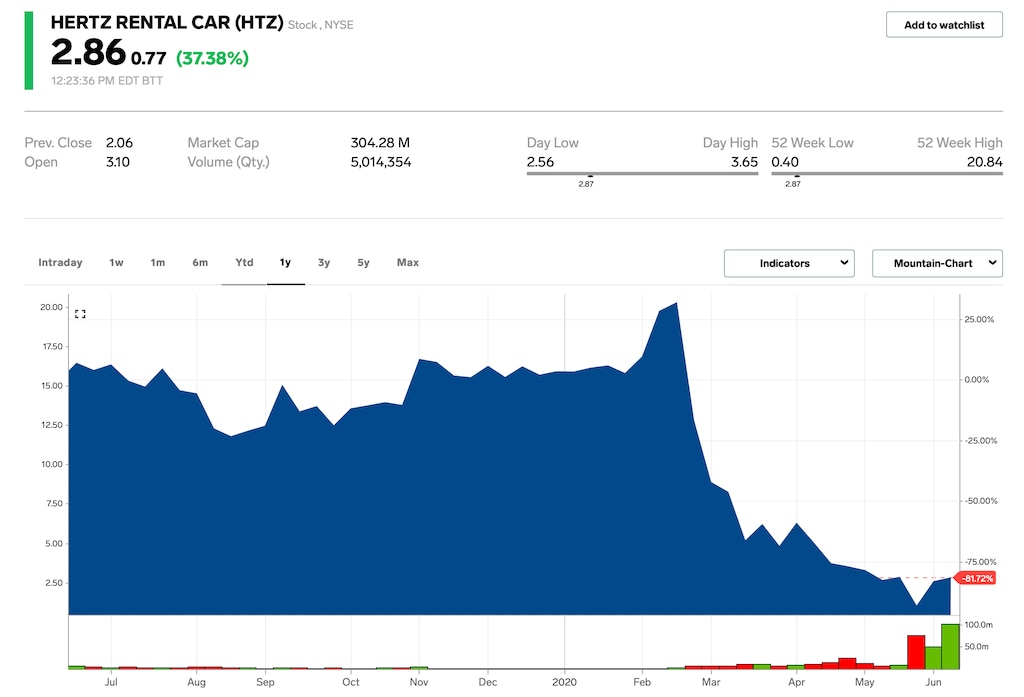